'In giving us faith, the Lord has given us what is most precious in life.' Sunday Reflections, 21st Sunday in Ordinary Time, Year C 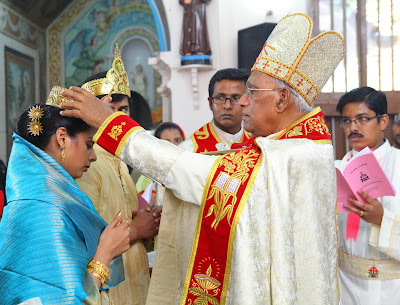 Jesus[ went through one town and village after another, teaching as he made his way to Jerusalem. Someone asked him, ‘Lord, will only a few be saved?’ He said to them, ‘Strive to enter through the narrow door; for many, I tell you, will try to enter and will not be able. When once the owner of the house has got up and shut the door, and you begin to stand outside and to knock at the door, saying, “Lord, open to us”, then in reply he will say to you, “I do not know where you come from.”  Then you will begin to say, “We ate and drank with you, and you taught in our streets.”  But he will say, “I do not know where you come from; go away from me, all you evildoers!” There will be weeping and gnashing of teeth when you see Abraham and Isaac and Jacob and all the prophets in the kingdom of God, and you yourselves thrown out. Then people will come from east and west, from north and south, and will eat in the kingdom of God. Indeed, some are last who will be first, and some are first who will be last.’
Léachtaí i nGaeilge

Six years ago when I was at home in Dublin from the Philippines a friend who had been a parishioner of mine in Mindanao when she was a child and now works near Dublin, invited me for a meal in a hotel. When the waitress came along I asked her if she was from Poland or Lithuania or 'one of those countries. 'One of those countries', she replied with a smile, 'Latvia.' She took our orders but the food was brought by an Indian waiter. Later on an Irish waiter looked after us. 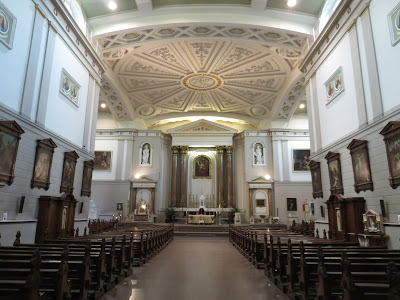 A week later I found myself in St Andrew's Church, Westland Row, beside one of Dublin's main railway stations. While I was praying there a grandfather and his grandson aged about three came in. The grandfather was wearing bright summer clothes - unlike grandparents when I was young who seemed to be always dressed in dark clothes - and genuflected before kneeling in the pew. After a while the little boy asked him some questions. His grandfather pointed at the altar and also at some of the Stations of the Cross as he explained things to the youngster. They then left. 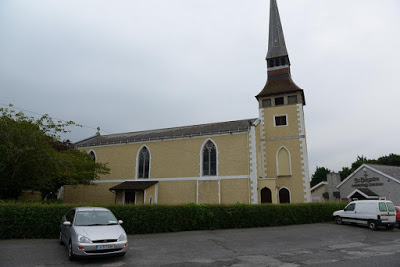 On one Sunday a month in St Brigid's Church, Blanchardstown, in the Archdiocese of Dublin and the parish that became my home parish after my late father and my brother and his family moved there in the late 1970s has Mass for the Syro-Malabar Catholic community in Dublin once a month. Many of these are nurses from Kerala, India, working in Irish hospitals. St Brigid's Parish also has a Filipino choir that sings at one of the Masses on the last Sunday of the month, except during the summer.

Then people will come from east and west, from north and south, and will eat in the kingdom of God, Jesus tells us in the Gospel this Sunday. Forty years ago churches in Ireland were still full at Sunday Masses, with young and old, and almost everyone Irish. Today there are fewer priests,  fewer Sunday Masses and fewer people attending them, most of them old. A large proportion of Sunday congregations are from places such as India, Nigeria, Poland, the Philippines. Mass servers - and there aren't too many of these anymore - are likely to be either immigrants or the Irish-born children of immigrants.

The above are snapshots of contemporary Ireland, as different from the Ireland of my childhood as are the mobile phones that everyone has from the box cameras that a few had and the telephones  that even fewer had in my time.

But we had something precious that has been largely lost - our Catholic faith. There are various reasons for the rejection of the Church by many and the outright rejection of the Christian faith by some. But this can remind us that our faith is pure gift from God, a gift that can be shared and that was generously shared, even to the point of giving up life itself, by the countless missionaries who went overseas, or it can be lost, not only by individuals bu by whole communities.

The gift of faith can be lost by taking it for granted, by apathy, by not taking it seriously, by not passing it on. Jesus in the Gospel is telling his fellow Jews - and we must never forget that he is and will be for all eternity a Jew, just like Mary - that many of them are in danger of losing the precious gift of the faith, the faith they inherited from Abraham, our father in faith (Eucharistic Prayer I - Roman Canon) Isaac and Jacob, and that others will accept that same gift with gratitude. 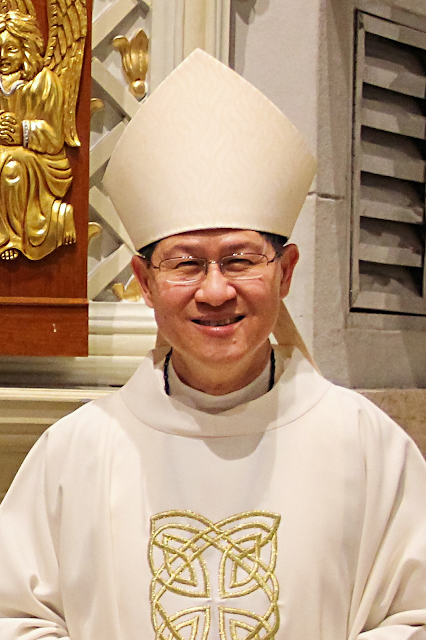 In 2003, at a gathering of priests in Antipolo City, near Manila, sponsored by Worldwide Marriage Encounter, then Bishop Luis Antonio G. Tagle, now Cardinal-Archbishop of Manila, spoke about a then recent survey on the values of young Filipinos. What he projected could happen within twenty years in terms of the loss of the Catholic faith in the Philippines was what had been happening in Ireland over the previous twenty years.

I was heartened by the sight of the grandfather passing on our Catholic Christian faith to his young grandson by his example and by his readiness to answer the boy's questions. I am heartened by the living faith of so many immigrants to Ireland.

My hope is that the Catholic faith will continues to be passed on in Ireland and elsewhere by grandfathers - and grandmothers and parents - like the one I saw in St Andrew's Church. My hope is that the Catholic faith will be renewed in Ireland and elsewhere by the example and fervour of immigrants from Asia, Africa and Eastern Europe, by people from east and west, from north and south and that together we will all will eat in the kingdom of God, not only in heaven but here and now as brothers and sisters working together to build a world where the values  of the Gospel prevail, a world where everyone will have heard the Gospel of Jesus proclaimed to them, especially by the lives we lead.

Blanchardstown Parish has a Nigerian priest as an assistant, Fr Aloysius Zuribo, who came to Ireland as an immigrant and later was ordained for the Archdiocese of Dublin.

My hope is that the nurses from Kerala, who trace their Catholic faith back to St Thomas the Apostle, the waiters, drivers, caregivers and nurses from the Philippines, whose faith embodies a tender love of Mary the Mother of God as our Mother, will help the Irish to re-discover the greatness of the gift that their ancestors received more than 1,500 years ago from a great missionary who first arrived in Ireland at the age of 16 as a kidnapped slave, St Patrick.

My fear is that there will not be enough grandfathers - and grandmothers and parents - who will know and value the gift of faith enough to pass it on and that the youngsters, children of immigrants to Ireland and elsewhere in the Western world, will succumb to the values of their contemporaries and reject the most precious gift that God has given us - our Catholic Christian faith, an invitation to share in the love of God for all eternity.

Though the video was made for the Feast of the Baptism of the Lord it invites us to reflect on our faith, received through baptism, as pure gift from God, something we should do constantly.

Dear friends, in giving us faith, the Lord has given us what is most precious in life, that is, the truest and most beautiful reason for living: it is through grace that we have believed in God, that we have known his love with which he wants to save us and to deliver us from evil. Faith is the great gift with which he also gives us eternal life, true life. Now, dear parents and godparents, you are asking the Church to receive these children within her, to give them Baptism; and you are making this request by virtue of the gift of faith that you yourselves, in turn, have received (Pope Benedict XVI). 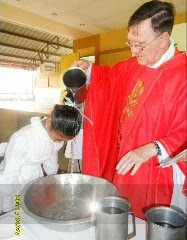