'I am sending him, that is, my own heart, back to you.' Sunday Reflections, 23rd Sunday in Ordinary Time Year C 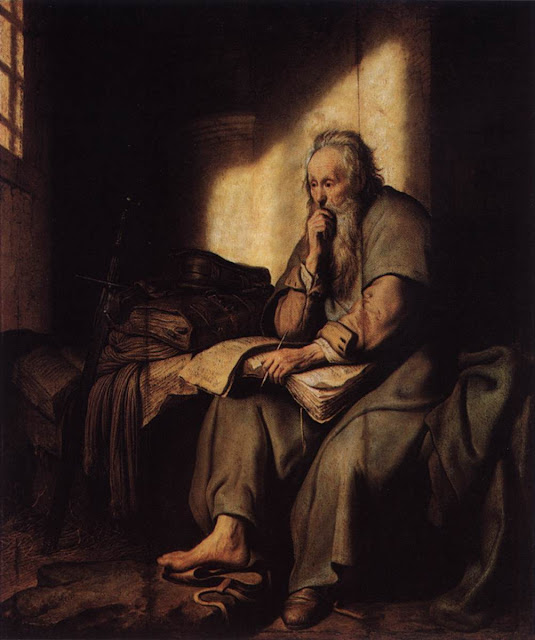 Now large crowds were travelling with Jesus; and he turned and said to them, ‘Whoever comes to me and does not hate father and mother, wife and children, brothers and sisters, yes, and even life itself, cannot be my disciple. Whoever does not carry the cross and follow me cannot be my disciple. For which of you, intending to build a tower, does not first sit down and estimate the cost, to see whether he has enough to complete it? Otherwise, when he has laid a foundation and is not able to finish, all who see it will begin to ridicule him, saying, “This fellow began to build and was not able to finish.” Or what king, going out to wage war against another king, will not sit down first and consider whether he is able with ten thousand to oppose the one who comes against him with twenty thousand? If he cannot, then, while the other is still far away, he sends a delegation and asks for the terms of peace. So therefore, none of you can become my disciple if you do not give up all your possessions. 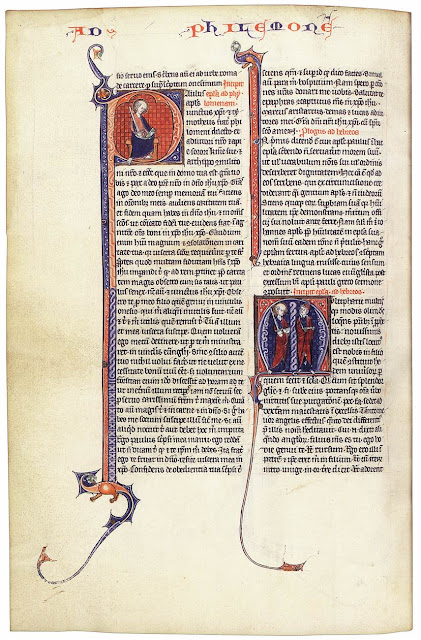 I would rather appeal to you on the basis of love—and I, Paul, do this as an old man, and now also as a prisoner of Christ Jesus. I am appealing to you for my child, Onesimus, whose father I have become during my imprisonment.

I am sending him, that is, my own heart, back to you. I wanted to keep him with me, so that he might be of service to me in your place during my imprisonment for the gospel; but I preferred to do nothing without your consent, in order that your good deed might be voluntary and not something forced. Perhaps this is the reason he was separated from you for a while, so that you might have him back forever, no longer as a slave but more than a slave, a beloved brother—especially to me but how much more to you, both in the flesh and in the Lord.
So if you consider me your partner, welcome him as you would welcome me. 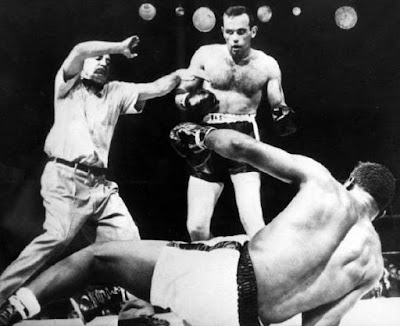 Three times between 1959 and 1961, my last two years in secondary school, Ingemar Johansson, a Swede, and Floyd Patterson, an American, fought for the Undisputed World Heavyweight Boxing Championship. Johansson won the first while Patterson won the succeeding fights. Those were the days when the Heavyweight Boxing Championship was followed worldwide. I remember a few times getting up at around 3am to listen to a fight on a shortwave station from the USA, lots of static and sleepiness making it difficult to listen.

What I remember clearly about the fights between these two men, who became great friends later, was that my classmates and I were rooting for Patterson, even though he was a Black American and we were White Europeans, just like Johansson. The reason was that Floyd Patterson was a Catholic. Johansson, we presumed, was a Lutheran.

Those were pre-ecumenical days but nevertheless, without reflecting on it and with perhaps more tribalism than theology involved, we were expressing something of our deepest identity, being Catholics. That identity was more important to us that any identity from our nationality or from the colour of our skin. 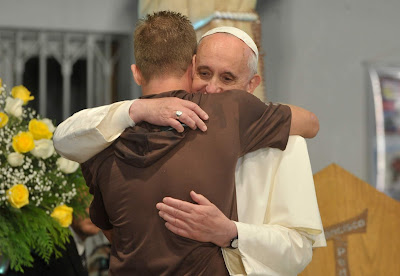 St Paul's Letter to Philemon is essentially about our deepest identity. Onesimus was a slave of Philemon - this relationship was not at all of the same brutality as that between African-American slaves and their White 'owners' - and for whatever reason had run away. He met St Paul, who was in prison at the time and who took care of him and led him to the Christian faith and baptism.

St Paul appeals to Philemon in very moving terms: I would rather appeal to you on the basis of love—and I, Paul, do this as an old man, and now also as a prisoner of Christ Jesus. I am appealing to you for my child, Onesimus, whose father I have become during my imprisonment. 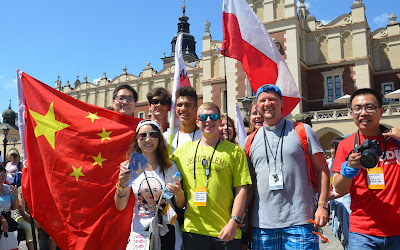 He speaks as a father of Onesimus, whose name means 'useful'. Indeed, St Paul was this young man's 'father in the faith' as Abraham is referred to in the Roman Canon (First Eucharistic Prayer). And as an old man who is a prisoner he is appealing for the young man's freedom.

But more than that, I am sending him, that is, my own heart, back to you . . . no longer as a slave but more than a slave, a beloved brother—especially to me but how much more to you, both in the flesh and in the Lord.

Paul is spelling out the implications of baptism - through that Sacrament we become brothers and sisters of each other as brothers and sisters of Jesus. This is shown explicitly, for example, in meetings of the Legion of Mary at all levels where members are addressed as 'Brother' or 'Sister'. At praesidium (branch) meetings of soldiers, for example, one may be 'General' outside, one 'Sergeant', another 'Private'. But during Legion activities they address each other as 'Brother'. 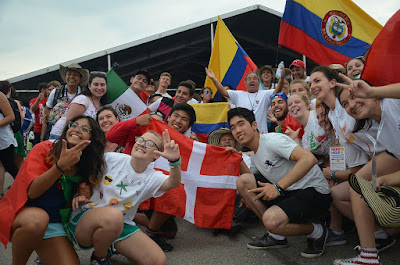 One of my culture shocks when I went to the Philippines in 1971 was that so many families had what I saw to be servants. In some cases these were younger relatives who were given board and lodging in exchange for work so that they could go to school. This was a way of enabling others within the extended family to get on in life. But wealthier families had, and still have, employed workers, a driver, perhaps, a cook and some housemaids. Some of these employees stay with a family for life and truly become part of the household. The majority don't.

I have a suspicion that some who employ a household staff would never miss Sunday Mass but, perhaps, don't give time to their workers to go to Mass or to church. While in the Philippines I occasionally mentioned in homilies that the Sunday Mass obligation includes enabling our workers to go also though, of course, we cannot force them to do so. And, along with that is our domestic workers' right to a proper wage and to proper time off.

St Paul, who speaks of the young man as my own heart, is asking of Philemon that he forgive Onesimus for any wrongdoing, that he make him a free man, no longer a slave, and above all that he accept him as a brother in Christ.

Can there be any more intimate expression of our deepest identity than to describe another Christian as my own heart? 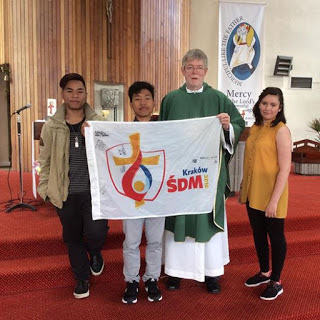 Daryl, 2nd from the left beside Fr Eamon Sheridan, is a Filipino-Irish parishioner in St Joseph's, Balcurris, Dublin, which was a Columban parish for many years. The parish, which is not a prosperous one, raised the funds to send Daryl to WYD 2016 as one of the delegates of the Archdiocese of Dublin. Fr Sheridan has worked in Taiwan, in Hong Kong as a member of the General Council and is now in Myanmar (Burma). [Photo: FB of Fr Sheridan]