'Jesus can be found through your wounds.' Sunday Reflections, 27th Sunday in Ordinary Time, Year C 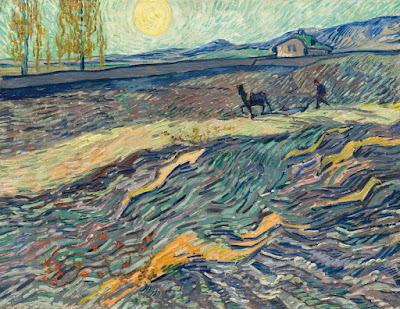 The apostles said to the Lord, ‘Increase our faith!’ The Lord replied, ‘If you had faith the size of a mustard seed, you could say to this mulberry tree, “Be uprooted and planted in the sea”, and it would obey you.
‘Who among you would say to your slave who has just come in from ploughing or tending sheep in the field, “Come here at once and take your place at the table”? Would you not rather say to him, “Prepare supper for me, put on your apron and serve me while I eat and drink; later you may eat and drink”? Do you thank the slave for doing what was commanded?  So you also, when you have done all that you were ordered to do, say, “We are worthless slaves; we have done only what we ought to have done!”’ 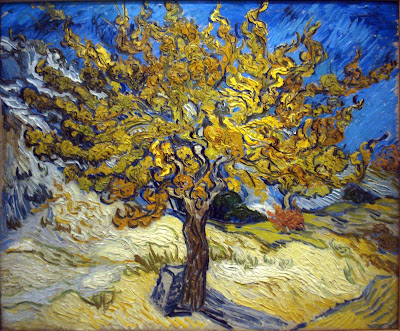 In the summer of 1964, after my third year in the seminary, I spent a couple of weeks working in the Morning StarHostel in Dublin. It was within walking distance of my home. I had been in the Legion of Mary for most of my five years in secondary school and used to rejoin my praesidium (the basic branch of the Legion) during summer vacations. In the summer of 1963 I spent a week on Peregrinatio pro Christo in a parish in Liverpool and in 1965 did the same in a parish in Paisley, Scotland. My last experience of Peregrinatio was in Pewsey, Wiltshire, in the southwest of England in 1966.

Morning Star Hostel has had a small number of what are called 'indoor brothers' taking care of the men who stay there. These are laymen, Legionaries who devote themselves full-time to this work. I remember two from 1963, Tom Doyle and Sid Quinn. The old webpage about the Morning Star -  the page doesn't seem to be there anymore - gave a short biography of Tom, along with a photo. It describes him in these terms: Tom Doyle was the manager of the hostel for about 50 years and he is regarded as an unknown saint by most if not all the people who knew him.

I didn't get to know Tom or Sid well, certainly not their inner lives. Sid knew my father as they had grown up in the same area, where I also grew up. Most of the people in our neighbourhood were what were called 'working class'. But I saw the utter dedication of Tom and Sid, or 'Brother Tom' and 'Brother Sid' as they were know within the hostel. During Legion meetings and Legion work members address and refer to each other as 'Brother' and 'Sister' but not outside of that.

As Pope Francis might put it, Tom and Sid well knew 'the smell of their sheep'. That might be the smell of alcohol, the smell of unwashed bodies. Sometimes for Tom it might be the smell of his own blood: Rows and scuffles and fist fights were regular occurrences and poor Tom had the responsibility of calming every storm. No doubt Tom who was small in stature was on the receiving end of some of those blows and it is well known that near the end of his life one of the residents very badly beat him up so that he had to spend time in hospital but when he came out he made himself the best friend of that resident!

Things have changed somewhat for the better in the Morning Star since I worked there during the summer of 1964 as you can read here and here. The dedication of the members of the Legion of Mary who look after it is still very much there.
When I read the words We are worthless slaves; we have done only what we ought to have done! in today's gospel I thought of Tom Doyle and Sid Quinn. The words of Jesus seem to be in contrast with what he says elsewhere, especially in St John's Gospel, where he calls us friends, where he asks Peter, Do you love me? Feed my lambs.

There are countless individuals around the world who gladly say, We have done only what we ought to have done! They may be adult children taking care of aged parents. 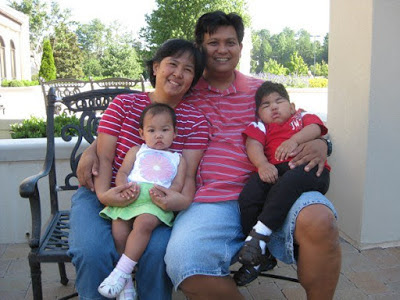 They may be parents such as Miggy and Gee-Gee, my former assistant editor at Misyon, the Columban magazine I edited in the Philippines from 2002 till 2017, taking care of their son Mikko, born with multiple disabilities,with the help of their daughter Mica. Mikko went straight to God in 2014 and his parents brought his remains home from Atlanta, Georgia, where they live to be buried here in Bacolod City where Gee-Gee is from.

They may be those helping homeless people, refugees, drug addicts, alcoholics, those without work cope with their situation, attending to their urgent, basic needs and offering them hope.

They may be those taking care of the young persons with disabilities whom Pope Francis visited in Assisi six years ago on, the feast of St Francis. In the video above the Holy Father reminds us very strikingly, On the altar we worship the Flesh of Jesus. In the sick we see the wounds of Jesus. We find Jesus hidden in the Eucharist. Jesus can be found through your wounds. He needs to be listened to. We need to say: These wounds cannot be ignored.

Tom Doyle chose to worship the Flesh of Jesus every morning at Mass at 6, very early in Ireland, especially in winter. In the homeless men who came to Morning Star Hostel he was able to see the wounds of Jesus. He would have nodded in agreement with Pope Francis speaking directly to the young people with disabilities: Jesus can be found through your wounds. He understood that Jesus needs to be listened to in the men he served each day.

Despite having to go to hospital when already an old man because he was beaten up by a resident of Morning Star Hostel, Tom would have understood what Pope Francis said, These wounds cannot be ignored. Though conscious of his own physical wounds Tom was even more conscious of the inner wounds of the man who had attacked him as he showed when he came out of hospital and made himself the best friend of that resident!

Thank God for the countless, largely anonymous, Tom Doyles throughout the world who, if asked about their unselfish commitment to others in need would answer, We have only done what was our duty. They are living examples of the words attributed to St Francis, but which he probably never said, which Pope Francis repeated when answering the questions of young people in Assisi three years ago, Always preach the gospel. And if necessary use words. [Video below].

Pope Francis then asked the young people - and he is putting the same question to each of us in the name of Jesus - Can you preach the Gospel without words? Yes! Leading by example. First by example, then with words.

Bonus est Dominus sperantibus in eum,
The Lord is good to those who hope in him,
animae quaerenti illum.
to the soul that seeks him.
Filipino Sign Language Legion of Mary Morning Star Hostel Palestrina Pope Francis Sunday Reflections Tom Doyle Van Gogh