'Was none of them found to return and give praise to God except this foreigner?’ Sunday Reflections, 28th Sunday in Ordinary Time, Year C 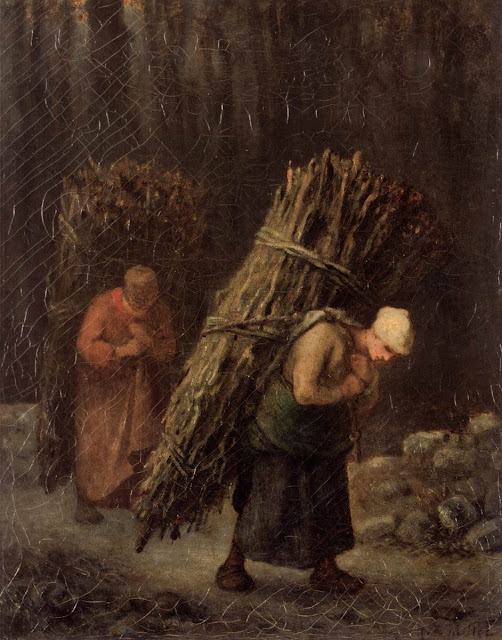 On the way to Jerusalem Jesus was going through the region between Samaria and Galilee. As he entered a village, ten lepers approached him. Keeping their distance, they called out, saying, ‘Jesus, Master, have mercy on us!’ When he saw them, he said to them, ‘Go and show yourselves to the priests.’ And as they went, they were made clean. Then one of them, when he saw that he was healed, turned back, praising God with a loud voice. He prostrated himself at Jesus’ feet and thanked him. And he was a Samaritan.  Then Jesus asked, ‘Were not ten made clean? But the other nine, where are they? Was none of them found to return and give praise to God except this foreigner?’  Then he said to him, ‘Get up and go on your way; your faith has made you well.’ 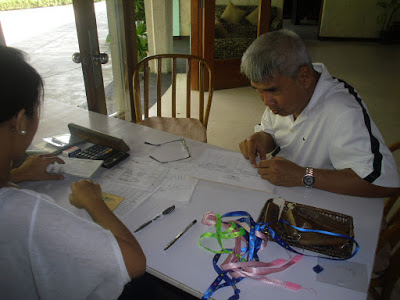 I've told this story before but the incident in question had a profound impact on me. It happened on the morning of Holy Thursday 1990 at Holy Family Retreat House, Lahug, Cebu City, which is run by the Redemptorists. I had gone up there after breakfast to do some business and as I was going in was approached by a woman asking for some help. I made some excuse as I entered.

When I was inside I could see the woman through the glass doors sitting on the step (in photo above), her daughter, aged 13 or 14, beside here and resting her head on her mother's shoulder. I could see that, like the two peasant girls in Millet's painting, they were heavily burdened - but with tiredness and hunger.

My business didn't detain me and when I was going out the two stood up. I gave the mother enough to buy breakfast for the two of them. The daughter looked at me with the most beautiful smile I've ever seen and said, 'Salamat sa Ginoo - Thanks to the Lord!' 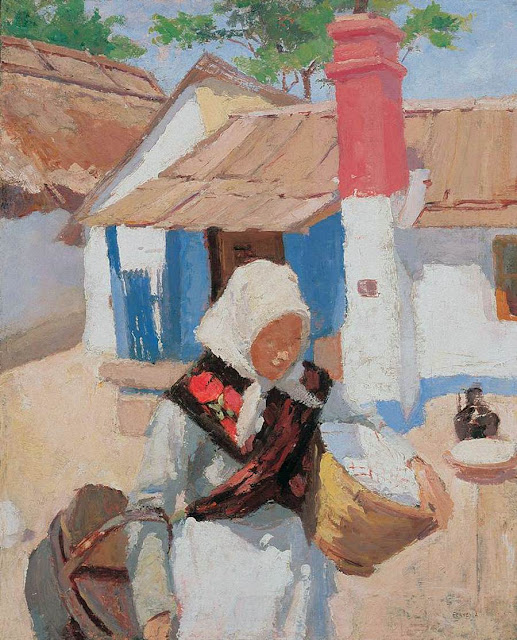 The radiance of this girl's smile compared to the look of dejection she had earlier was like the contrast between the colours of the painting by Adolf Fényes and that of Jean-François Millet above. What struck me profoundly was that she wasn't thanking me. She was thanking the Lord, and inviting me to do the same, because he had responded to her prayer and that of her mother, Give us this day our daily bread. 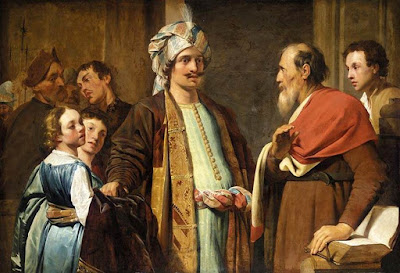 In the First Reading, which on Sundays and solemnities is always related to the Gospel, Elisha reacts very strongly to Naaman's gratitude after he was cured of leprosy: Then he (Naaman) returned to the man of God, he and all his company; he came and stood before him and said, ‘Now I know that there is no God in all the earth except in Israel; please accept a present from your servant.’ But he said, ‘As the Lord lives, whom I serve, I will accept nothing!’ He urged him to accept, but he refused (2 Kings 5:15-16 NRSVACE)..

Naaman was grateful to God for his cure but wanted to reward Elisha. In de Grebber's painting we see Elisha turning away from Naaman almost in horror. Perhaps he overreacted but he had a profound sense of the fact that it wasn't he who had healed the Syrian general but God whose servant and instrument he was. Elisha wanted only God to be praised and thanked.

And indeed it was a young girl, probably around the same age as the one I met in Cebu City, who had directed Naaman to the Lord through his servant Elisha. In the verses preceding those read today we read: Now the Arameans on one of their raids had taken a young girl captive from the land of Israel, and she served Naaman’s wife. She said to her mistress, ‘If only my lord were with the prophet who is in Samaria! He would cure him of his leprosy.’ So Naaman went in and told his lord just what the girl from the land of Israel had said (2 Kings 5:2-3 NRSVACE).

The young girl in Cebu expressed her gratitude for what I had given her mother by praising God directly and by inviting me to join her in her prayer of praise and thanksgiving. In doing so she gave me a far greater gift than any that Naaman could have offered Elisha, a profound awareness that everything we have is a gift from God.

I had never met the girl and her mother before nor have I seen them since. The girl would now be in her early 40s. Please say a prayer for her and her mother and for their family. And may each of us thank God each day for everything we have, above all for the gift of our Catholic Christian faith.

If you, O Lord, should mark iniquties, Lord, who could stand?
Quia apud te propitiatio est, Deus Israel.
But with you is found forgiveness, O God of Israel.