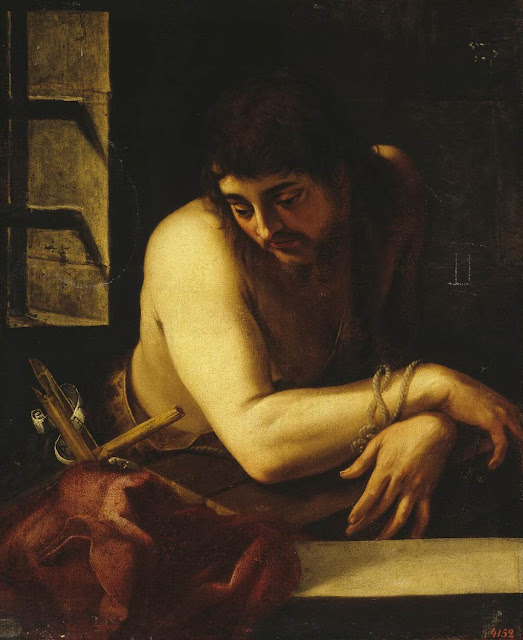 When John heard in prison what the Messiah was doing, he sent word by his disciples and said to him, ‘Are you the one who is to come, or are we to wait for another?’ Jesus answered them, ‘Go and tell John what you hear and see: the blind receive their sight, the lame walk, the lepers are cleansed, the deaf hear, the dead are raised, and the poor have good news brought to them. And blessed is anyone who takes no offence at me.’

As they went away, Jesus began to speak to the crowds about John: ‘What did you go out into the wilderness to look at? A reed shaken by the wind? What then did you go out to see? Someone dressed in soft robes? Look, those who wear soft robes are in royal palaces. What then did you go out to see? A prophet? Yes, I tell you, and more than a prophet. This is the one about whom it is written,
“See, I am sending my messenger ahead of you,    who will prepare your way before you.”
Truly I tell you, among those born of women no one has arisen greater than John the Baptist; yet the least in the kingdom of heaven is greater than he. 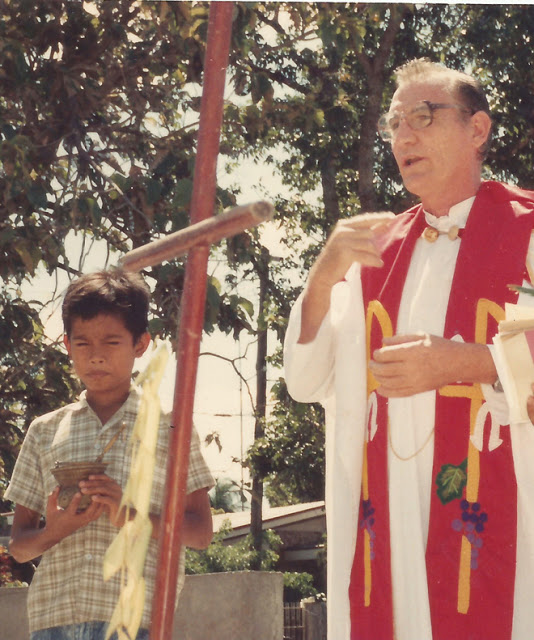 Father Joseph Coyle was a Columban priest from Derry city, Northern Ireland. He died in the Philippines on 18 December 1991, aged 54, and is buried in a Catholic cemetery in Bacolod City. Father Joe and I weren't related - my Coyle ancestors moved centuries ago from the north-west of Ireland, where the surname originated, to Rush, a fishing village north of Dublin city - but we felt a sense of kinship. He was ordained on 21 December 1961 during my first year in the Columban seminary in Ireland.

Father Joe spent most of his life as a priest in the island of Negros. He gradually became aware of persons with disabilities and of how their needs weren't being met. He was able to obtain artificial limbs for some. But he noticed that there was one group in every community that was almost totally isolated, because they didn't share a common language with those around them, not even with their own families. This group was people who were profoundly deaf.

More and more Father Joe became involved with deaf people, celebrating Mass in Sign Language in a number of places. In the late 1980s he established Welcome Home in Bacolod City as a residence for out-of-town deaf students so that they could attend special schools in the city. Special Education has spread now to many towns and that particular need is no longer urgent. But Welcome Home Foundation, Inc., continues with a small number of residents, a school for young children, deaf and hearing, catechetical programmes in public schools with both deaf and hearing catechists, and other activities.

Father Joe's death was devastating initially to the young deaf people with whom he had worked. But his vision was continued and developed by others, most noticeably by Mrs Salvacion V. Tinsay who died in 2008. Her daughter Mrs Agnes T. Jalandoni, President and CEO, along with her board and staff have enabled the work begun by Father Joe to grow and adapt to current needs.

Fr Mike Depcik OSFS is an Oblate of St Francis de Sales, one of very few profoundly deaf priests in the world. He has his own vlog, Fr. MD's KitchenTable, where, among other things, he posts videos of homilies for Sunday Masses in American Sign Language, such as that above for this Sunday's Mass.

John the Baptist sends his followers to ask Jesus,  Are you the one who is to come, or are we to wait for another? Jesus replies, Go and tell John what you hear and see: the blind receive their sight, the lame walk, the lepers are cleansed, the deaf hear, the dead are raised, and the poor have good news brought to them.

For Catholics who are profoundly deaf, priests such as Fr Mike Depcik, deaf from birth, and Fr Joe Coyle, who became aware of the isolation of the profoundly deaf, especially within their own families, are included in the response of Jesus to his cousin St John the Baptist: the deaf hear. The deaf aren't isolated to the same degree as before, though I have known of priests and people who consider a signing interpreter at Mass as a 'distraction'.

And the ministry of priests such as Fr Depcik and Fr Coyle isn't limited to the deaf. Indeed, part of their ministry, and of those who work with them, whether deaf or hearing, is to bring about the change of heart that is central to Advent, not only a turning away from sin but a recognition of the needs of others that we weren't aware of before. It was through having friends deaf in varying degrees from birth and through knowing Father Joe that I became aware of the isolation of the deaf within the Church and in society at large. The same can be said to some extent of persons with other disabilities. But profound deafness is the only physical disability that of its nature can totally isolate a person from the community.

There will always be some, for whatever reason, on the margins. Pope Francis has on a number of occasions very strikingly shown his respect and love - the respect and love of Jesus himself - for such persons. The gradual inclusion of those who are profoundly deaf in all activities of the Church and of wider society, shown, for example, in the use of signing interpreters at public functions and on television, is one of the signs that Jesus spoke about to assure St John the Baptist that he truly was the one who is to come.

The Gift of Deafness 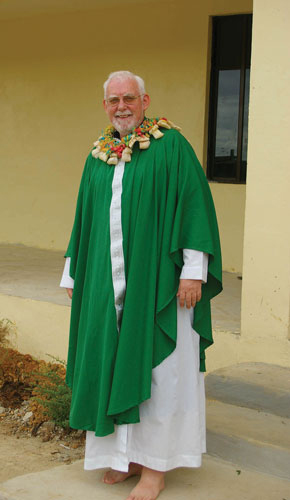 It was to the credit of the Columbans that I was accepted as a candidate for priesthood. That was back in 1969 when I was completing Form Seven in high school at St John’s College, Hastings, New Zealand.
You are here
I was accepted despite the fact that I was not only deaf but I also suffered a serious speech impediment which was a consequence of my hearing disability. My deafness was more peculiar rather than pronounced. I cannot hear high-pitched sounds. As a result, I cannot hear many of the consonants in my own ‘native’ English language.

Read the rest of Fr Tom Rouses' article and the responses to it of five profoundly deaf Filipinos, Normam, Willy, Eli, Noel and Marinela here. 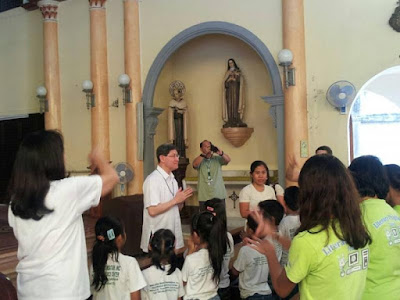 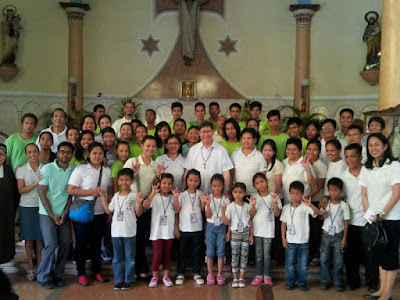 Dicite: Pusillanimes, confortamini et nolite timere:
Say to the faintof heart: Be strong and do not fear.
ecce Deus noster veniet et salvabit nos.
Behold, our God will come, and he will save us.