'I am with you always . . .' Sunday Reflections, Ascension, Year A 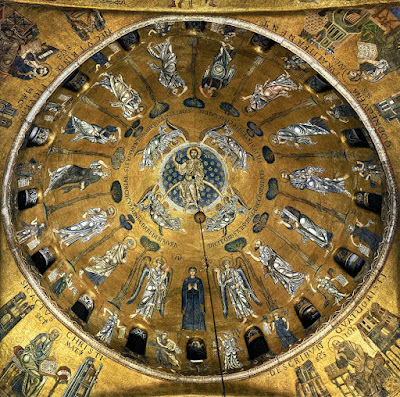 The Ascension is observed on Sunday, 24 May, in Aotearoa-New Zealand, Australia, Canada, Ireland, Philippines, USA (apart from the jurisdictions mentioned above).

Now the eleven disciples went to Galilee, to the mountain to which Jesus had directed them. When they saw him, they worshipped him; but some doubted. And Jesus came and said to them, ‘All authority in heaven and on earth has been given to me. Go therefore and make disciples of all nations, baptizing them in the name of the Father and of the Son and of the Holy Spirit, and teaching them to obey everything that I have commanded you. And remember, I am with you always, to the end of the age.’

Seventh Sunday of Easter, Year A

These readings are used in regions where the Ascension is observed on Asceinsion Thursday.

After Jesus had spoken these words, he looked up to heaven and said, ‘Father, the hour has come; glorify your Son so that the Son may glorify you, since you have given him authority over all people, to give eternal life to all whom you have given him. And this is eternal life, that they may know you, the only true God, and Jesus Christ whom you have sent. I glorified you on earth by finishing the work that you gave me to do. So now, Father, glorify me in your own presence with the glory that I had in your presence before the world existed.
‘I have made your name known to those whom you gave me from the world. They were yours, and you gave them to me, and they have kept your word. Now they know that everything you have given me is from you; for the words that you gave to me I have given to them, and they have received them and know in truth that I came from you; and they have believed that you sent me. I am asking on their behalf; I am not asking on behalf of the world, but on behalf of those whom you gave me, because they are yours. All mine are yours, and yours are mine; and I have been glorified in them. And now I am no longer in the world, but they are in the world, and I am coming to you. Holy Father, protect them in your name that you have given me, so that they may be one, as we are one.’ 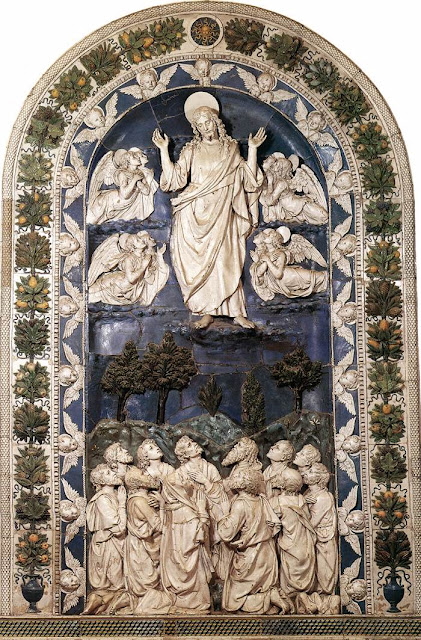 The reflection is for the Ascension. 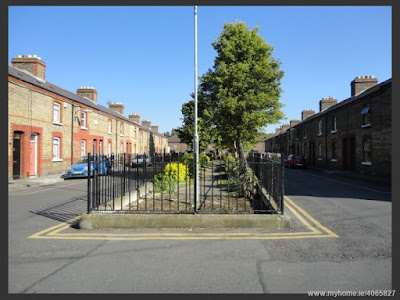 Early in the summer of 1953 when I was ten my father taught me how to ride a bicycle. In August of that year, when we were on holiday in Bray, south of Dublin, he taught me how to swim. I borrowed cry cousin Deirdre's bike, a small blue one and practised on Halliday Square, Dublin, just below our street and to the left in the photo above. It had a long enclosed garden in the centre where some local people grew vegetables, as I recall, and in my young mind was a kind of racing circuit.

However, in order to do any racing I had to learn first to keep on the bike while moving. My father held on to the saddle while I moved forward, wobbling quite a bit for about ten metres before we'd start again. I'm not sure how many times we repeated this or over how many evenings. But a moment arrived when I realized that I was moving forward steadily and surely - and that Dad wasn't holding on to the saddle. I was on my own. A great thrill - with an awareness that I could't 'unlearn' how to ride. From that moment I could only move forward, in more senses than one. And before long I found myself racing around the circuit that was Halliday Square, sometimes against others, sometimes just 'against myself'. 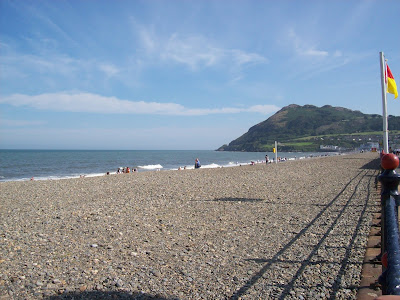 Dad's approach to teaching me how to swim was similar. He held his hand under my chest, in fairly shallow water, off the stony beach in the photo above. I was trying to do the breaststroke. As with the bike, he showed great patience and I had absolute trust in him knowing that he wouldn't let me sink, just as he hadn't let me fall off the bicycle.

Once again there was the magic moment when I realized that Dad's hand was no longer touching my chest - I was swimming on my own. And as with cycling, this is an ability that you cannot 'unlearn'.

But you will receive power when the Holy Spirit has come upon you; and you will be my witnesses in Jerusalem, in all Judea and Samaria, and to the ends of the earth, Jesus tells the Apostles in the First Reading (Acts 1:8).

My experience with my father - and with my mother too who often said to me in my childhood years, When you're 21 you'll be responsible for yourself, giving me a goal to reach - helps me understand something of the meaning of today's feast. If my Dad had kept holding on to the saddle of my cousin's bike I would never have learned to go on my own. If he had kept holding me while teaching me to swim I would have remained dependent on him.

If Jesus, the Risen Lord, had stayed with the Apostles they would have remained in Jerusalem and never have gone to make disciples of all nations, baptizing them in the name of the Father and of the Son and of the Holy Spirit,  and teaching them to obey everything that I have commanded you.

For the next eight years after learning to ride a bike I cycled to school twice each day, unless it was raining, coming home for lunch, getting about an hour's exercise in the process without calling it that. And in a very real way my Dad was always with me because he had enabled me to acquire a skill that in turn gave me a new freedom that brought with it new responsibilities and new possibilities. New possibilities and the responsibilities that go with them continue to arise in my life as a priest.

And in the life of the Church, as in the life of each individual, new situations with their challenges are constantly arising. The one thing that we can be certain of as disciples of Jesus, carrying out the mission he has entrusted to the Church, whatever our particular part may be in that mission, is the truth of his final words before his Ascension, And remember, I am with you always, to the end of the age.

He is with us always through his Holy Spirit whose coming we will celebrate next week on Pentecost Sunday.

Omnes gentes plaudite manibus: iubilate Deo in voce exultationis.
All peoples , clap your hands, cry to God with shouts of joy.
Gloria Patri, et Filio et Spiritui Sancto, sicut erat iin principio et nunc et semper et in saecula saeculorum. Amen.
Glory be to the Father, to the Son and to the Holy Spirit, as it was in the beginning, is now and ever shall be. Amen.

Below is a setting by English composer William Byrd who died in 1623, sung by the New Cambridge Singers.

Music for the Easter Season