'If you forgive the sins of any, they are forgiven them.' Sunday Reflections, Pentecost, Year A 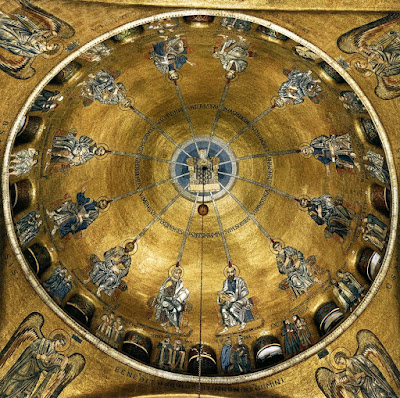 NB: The Vigil Mass has its own prayers and readings. Those for the Mass During the Day should not be used – though some priests seem to be unaware of this. It is incorrect to refer to this Vigil Mass as an ‘anticipated Mass’. It is a celebration proper to the evening before Pentecost Sunday and may be celebrated in an extended form, like the Easter Vigil. It also fulfils the Sunday obligation.

On the last day of the festival, the great day, while Jesus was standing there, he cried out, ‘Let anyone who is thirsty come to me, and let the one who believes in me drink. As the scripture has said, “Out of the believer’s heart shall flow rivers of living water.”’ Now he said this about the Spirit, which believers in him were to receive; for as yet there was no Spirit, because Jesus was not yet glorified.

Mass during the Day, Year A

When it was evening on that day, the first day of the week, and the doors of the house where the disciples had met were locked for fear of the Jews, Jesus came and stood among them and said, ‘Peace be with you.’ After he said this, he showed them his hands and his side. Then the disciples rejoiced when they saw the Lord. Jesus said to them again, ‘Peace be with you. As the Father has sent me, so I send you.’ When he had said this, he breathed on them and said to them, ‘Receive the Holy Spirit. If you forgive the sins of any, they are forgiven them; if you retain the sins of any, they are retained.’

The Sequence may be said or sung, after the Second Reading.

Thirty-eight years ago I did a number of short supplies in parishes in a diocese in the western USA. In one parish where I spent only a weekend I found a note that had been shoved under the front door on Monday morning and addressed to me. There was no signature but it was written in the style of a teenage girl.

Very often anonymous letters are negative and condemnatory of the receiver. This was the very opposite. I don’t remember what the gospel reading of the Sunday was but it highlighted the mercy of God and that is what I had preached about. Whatever I said touched the writer of the note profoundly. She wrote that for years she had hated God. I’ve no idea why or of what had been troubling her. She might well have been the victim of some awful act of another. But when at that Sunday Mas she heard the Good News that God is a forgiving God and that he loves each of us individually and unconditionally she was able to let go of the hatred, if that is what it really was, and of the anger in her heart and accept God’s love. She wrote that for the first time in years she went to Holy Communion.

One of the greatest gifts of the Holy Spirit to the Church is the power to forgive in God’s name, to enable us to hear Jesus say to us what he said to the Apostles twice in today’s short reading, Peace be with you. This is the gift he offered at the Last Supper. 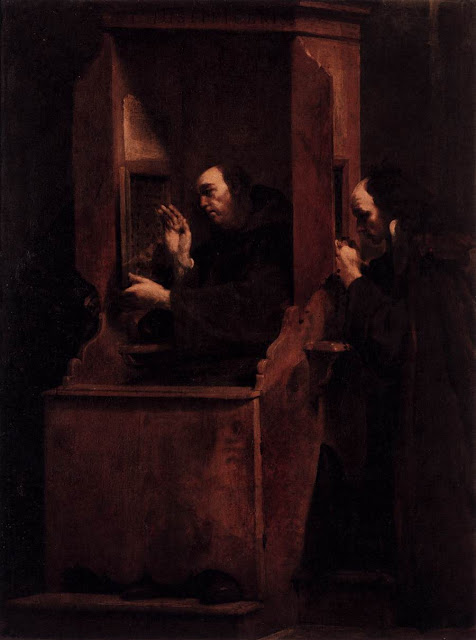 This is the gift God gives us most especially in the Sacrament of Reconciliation, what many of us still call Confession or Penance.   It is the way in which God, through the Church and specifically through the sacrament of Holy Orders, brings back into communion with him those who have turned away from him through mortal sin, that is a sin involving grave matter, a clear awareness that it is such and full and deliberate consent to the act. To go to confession in that situation is a matter of urgency, to be done before we go to Holy Communion again. Then Holy Communion becomes a true celebration of the full communion that God wants each of us to have with him.

But the sacrament is also a great help to those who are faithfully following Jesus but who sometimes take to byways down which God is not calling them, byways that lead into sin. Though the Sacrament of Reconciliation is not essential for the forgiveness of such sins it is the special way given by God through the Holy Spirit for that. If you forgive the sins of any, they are forgiven them.

I left that parish on Monday morning and did not know who had shoved the note under the door. I’ve no idea what became of the writer. Perhaps she went to confession shortly after. Very likely she hadn’t committed any grave sin but had suffered greatly because of the actions of another; But whatever the situation was she had a profound experience of God’s mercy that Sunday, something like that of Zacchaeus, like that of the woman caught in adultery, like that of the Prodigal Son.

The gospels don’t tell us what subsequently became of Zacchaues or of the woman caught in adultery. But we know that the Holy Spirit profoundly touched their hearts, healed their wounds and changed their lives as Jesus passed by. And I know that the Holy Spirit profoundly touched the heart and healed the wounds of that young woman in the western USA parish as Jesus ‘passed by’ that Sunday morning through a priest who spent only two nights there.

The Sequence in today’s Mass, Veni Sancte Spiritus, ‘Come, Holy Spirit’, expresses something of that in the seventh stanza:

English poet Gerard Manley Hopkins SJ captures something of the presence of the Holy Spirit in every aspect of life in the closing lines of his poem God’s Grandeur:

Because the Holy Ghost over the bent
World broods with warm heart and with ah! Bright wings.

The Latin words are based mainly on Acts 2:1-2, the opening verses of the First Reading in both the Vigil Mass and the Mass During the Day:

When the day of Pentecost had come, they were all together in one place. And suddenly from heaven there came a sound like the rush of a violent wind, and it filled the entire house where they were sitting. 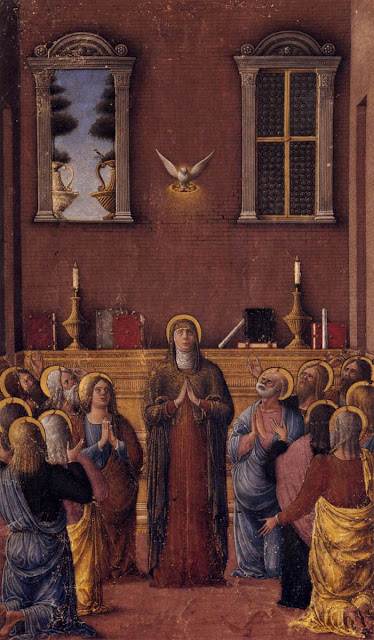