'In other words I loved and I followed Christ.' Sunday Reflections, 4th Sunday of Easter, Year A 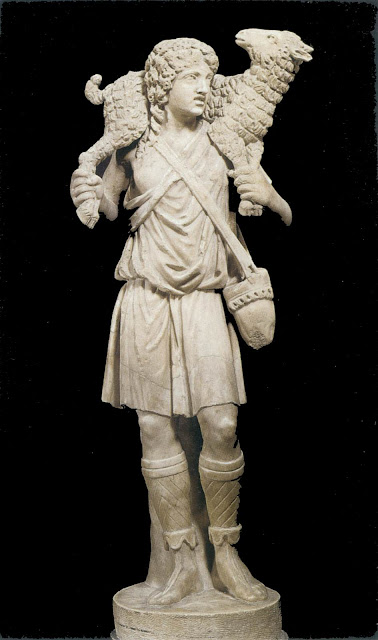 
This Sunday is often called 'Good Shepherd Sunday' and is also World Day of Prayer for Vocations.

Jesus said:
‘Very truly, I tell you, anyone who does not enter the sheepfold by the gate but climbs in by another way is a thief and a bandit. The one who enters by the gate is the shepherd of the sheep. The gatekeeper opens the gate for him, and the sheep hear his voice. He calls his own sheep by name and leads them out. When he has brought out all his own, he goes ahead of them, and the sheep follow him because they know his voice. They will not follow a stranger, but they will run from him because they do not know the voice of strangers.’  Jesus used this figure of speech with them, but they did not understand what he was saying to them.


So again Jesus said to them, ‘Very truly, I tell you, I am the gate for the sheep. All who came before me are thieves and bandits; but the sheep did not listen to them. I am the gate. Whoever enters by me will be saved, and will come in and go out and find pasture. The thief comes only to steal and kill and destroy. I came that they may have life, and have it abundantly. 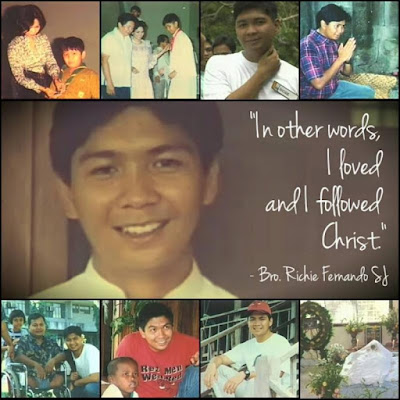 
I remember vividly reading of the death in Cambodia on 17 October 1996 of Brother Richard Michael R. Fernando SJ, known as ‘Richie’. As a missionary priest in the Philippines I felt both pride and sorrow that a young Filipino preparing for the priest had given his life for others without a moment’s hesitation at the Jesuit-run Banteay Prieb, 'Centre of the Dove', in Phnom Penh where the residents were young Cambodians who had lost limbs from the many landmines scattered around the country.

A young man named Sarom, who had been asked to leave the Centre, came that day to a meeting. He entered a classroom where there were many young people and took a hand-grenade out of his bag, intending to throw it. Brother Richie, who had been assigned to Cambodia for two years as part of his preparation for the priesthood, grabbed Sarom from behind. But the grenade fell on the floor. Brother Richie covering it with his body. He died instantly but nobody else was even injured.

The one word used by those who knew Brother Richie well was ‘joy’, the joy that Jesus spoke about the night before he died: I have said these things to you so that my joy may be in you, and that your joy may be complete (John 15:11). These words echo those at the end of today’s Gospel: I came that they may have life, and have it abundantly (John 10:10).

On 12 October, five days before his death, BrotherRichie wrote this letter to his friend, Fr Totet Banaynal SJ, who was then a brother:
I only have the will to cause things to happen. Maybe my will is powerful enough. I know where my heart is...it is with Jesus Christ, Jesus who gave His all for the poor, the sick, the orphan. I feel as if I’m beginning to understand more when I say: I want to be like Christ; I will follow Jesus; I’m Jesus’ friend and companion; I am a Jesuit; I know where my heart is.
I remember you shared before that ‘I can die for Cambodia.’ I honestly believe that to die for our poor friends here will be the greatest gift that God can give us. And I continually pray for that grace every day.
I discovered my life is not a project nor a programme. I know I can choose and will things to happen. But in the end, my life is a grace, filled with surprises. It becomes sweeter when I accept and appreciate my life as it is... and our friendship... it wasn’t a project. It was grace and we build on that grace.
Brother Richie wrote in his retreat diary on 3 January 1996: I wish, when I die people remember Not how great, powerful, or talented I was But that I served and spoke for the truth, I gave witness to what is right, I was sincere with all my works and actions, in other words I loved and I followed Christ. Amen.
The Jesuits in the Philippines have now initiated the process that may lead to the beatification and canonisation of Brother Richie. There is quite an amount of material about Brother Richie ont he internet.

I came that they may have life, and have it abundantly.
This Sunday is World Day of Prayer for Vocations. The message of Pope Francis for the day is here. Nico Lariosa SJ, the young Filipino in the video above who entered the Jesuits in Australia, gave an interview some time after he was ordained deacon. He spoke of learning about Brother Richie when he was 15: When I was 15 and in the seminary, during a retreat, the retreat director spoke to us about the young Jesuit missionary (Richie Fernando SJ) who had died in Cambodia. The story, his humanity, really spoke to me. He was a jokester, he liked to tease people and pull pranks on people. That spoke to me, because I’m that type of personality too.


I just remember saying to myself after hearing his story and later reading a book about his life, ‘Whatever this guy had that enabled him to give up his life like that I want for myself, too’.
Another young Jesuit martyr who was a 'jokester' was Blessed Miguel Agustin Pro, executed in 1927 in Mexico.
Fr Christopher F. Amoroso MSP, who grew up in a Columban parish in the Philippines, tells how an article about Brother Richie in Misyon, the Columban magazine that I edited in the Philippines from 2002 until 2017, was one of the signs that led him to the priesthood. He joined the Mission Society of the Philippines and was assigned to Japan after his ordination. Father Christopher's story illustrates what Brother Richie wrote: But in the end, my life is a grace, filled with surprises. 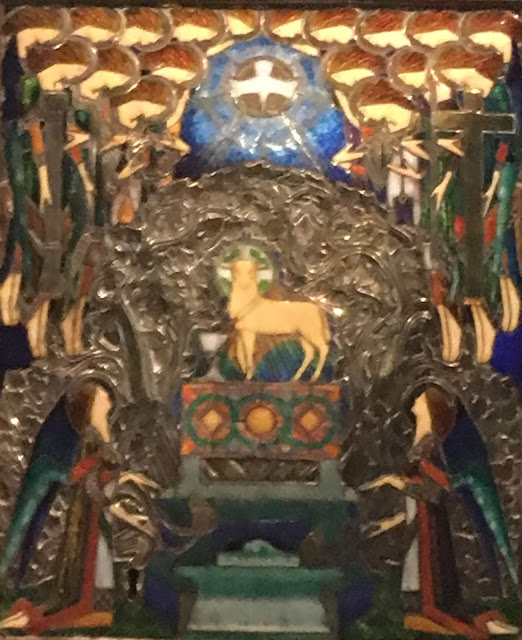 The full name for this Gregorian chant setting of the Ordinary of the Mass is Lux et origo lucis, summe Deus, eleison, which means 'Light and origin of light, Most High God, have mercy'. It is sung during the Easter Season.