‘Whoever loves father or mother more than me is not worthy of me.' Sunday Reflections, 13th Sunday in Ordinary Time, Year A 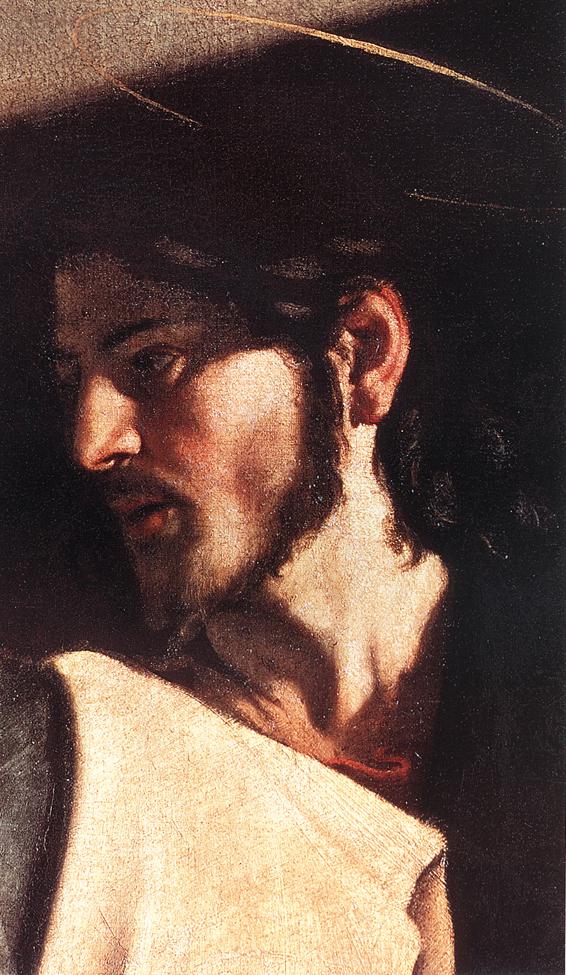 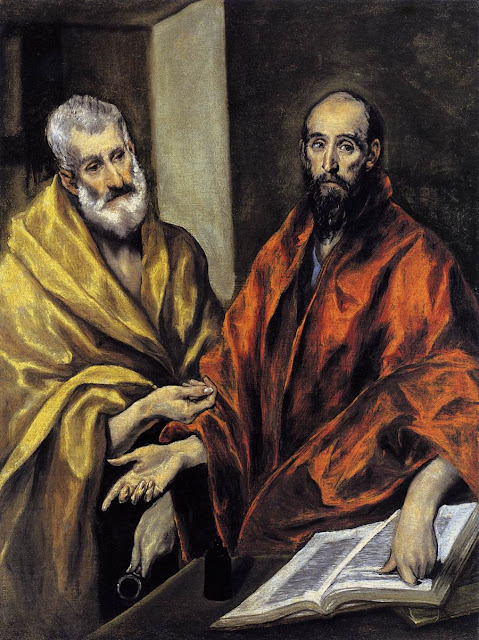 Sunday Reflections for the Solemnity of Saints Peter and Paul. 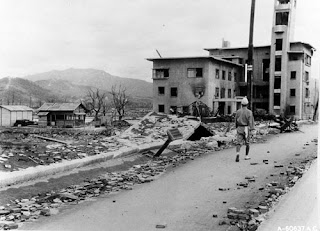 
Whoever loves father or mother . . . son or daughter more than me . . . and whoever does not take up the cross and follow me is not worthy of me.

These words of Jesus in today's Gospel speak to the hearts of missionaries who leave their homelands and who give up the right to have their own families. Up to maybe a hundred years or so ago it was not uncommon for missionaries, and emigrants, never to return home. When I entered the Columban seminary in Ireland in 1961 our priests came home only after seven years. And they travelled by ship across the Atlantic and Pacific. We were, and are, inspired by our patron saint, St Columban, whose motto was Peregrinari pro Christo, 'To be an exile/pilgrim for Christ'.

Times have changed and long-distance travel by plane has replaced journeys on ocean liners and freighters and is much cheaper. People fly across the Atlantic for weekends. And people are living much longer, which has led to many missionaries spending their latter days in the country of their birth. For some, this is a second experience of going into exile.

My Columban confrere Fr Eamonn Horgan, who died on 21 January 2019, went to Japan as a young priest in 1954 and came back to Ireland for good in 2013. He writes about these two experiences in his article Two Sorrows. 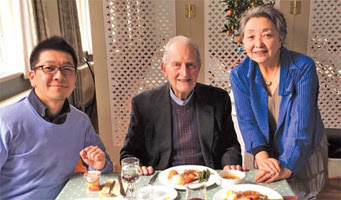 Father Eamonn writes: The months since my ordination the previous December (1953) had been pleasantly spent finishing my seminary course and visiting friends and relatives. My mission destination was to be Japan, where, God willing, I would spend the rest of my active life as a Columban missionary.

But then: The year since ordination had slipped by without much concern on my part about facing the ordeal of leaving kin, friends and country. Exile was something I had only read about, but here I was about to embark on my own. I’m afraid that during those final months before leaving, the missionary spirit in me had noticeably faded. Any tint of glamour attached to a missionary career suddenly grew dim. I had heard many tales of missionaries who, through accident, sickness or even martyrdom, had never come home. Would I someday find myself joining that brave company?

However, his experience in Japan gradually lifted his spirits: Little by little the clouds of melancholy began to lift. It has been said that Japanese have difficulty understanding foreigners. My experience of them belies that opinion. On so many occasions I have found the Japanese understanding my peculiarities and idiosyncrasies better than I understood them myself. Their loyalty was inspiring and the virtues they displayed at every turn would match or surpass those of many ‘official’ Christians. 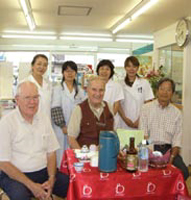 
Father Eamonn gradually found that he had a new homeland: Time and again, when overseas folk came to visit me, local friends or mere acquaintances insisted that I bring them to their homes. The welcome was ever genuine, the hospitality lavish. Over the years as Japan ‘grew on me’, I learned to appreciate more and more how kind the Lord had been to me, in bringing me to so charming a land and so loving a people. Almost imperceptibly I found myself feeling more and more at home among them. They seemed to reciprocate the feeling. 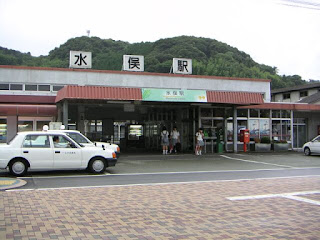 But then came the second sorrow, 'exile' once again: Forward to April 2013: the scene, a train station in Minamata City, South Japan. A group of 40 or so Japanese, men and women, baptised and non-baptised, bidding farewell to their pastor as he departs for retirement to the land of his birth. As the train pulls out, copious tears, theirs and mine, flow freely.

This scene is similar to that in Acts 20:36-37, When he had finished speaking, he knelt down with them all and prayed. There was much weeping among them all; they embraced Paul and kissed him. The pain, though mixed with joy, continues: The heartbreak of separation still persists, not just on my side but on theirs too I think. Frequent letters and emails, genuinely nostalgic, continue to arrive here. January 1, 2016 brought two members of an English conversation group of mine [Father Eamonn used to teach English to adults] who had sacrificed their Japan New Year festivities, the biggest of the year, to fly all the way here to visit their departed friend. 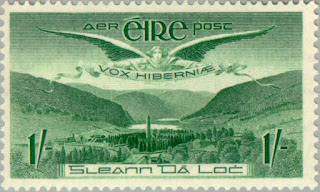 Richard King's set of four Irish airmail stamps published in 1948-9 feature the Angel Victor over four sacred sites bringing the 'Voice of Ireland' to St Patrick asking him to come among the Irish once again as an exile, this time freely as a missionary unlike his first six years in Ireland when he was kidnapped and brought here as a slave. The great saint let go of all the pain of his first exile and embraced the pain of his second at the call of Jesus in order to bring the Gospel to the Irish people. 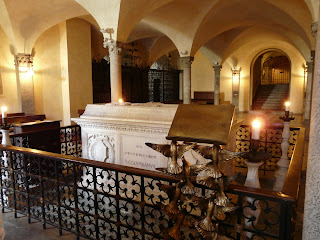 St Columban for many years begged his abbot in Bangor, Ireland, to allow him to go into exile to the European continent. His abbot finally relented and twelve other monks, including St Gall went with the great missionary. St Columban was driven out of a number of places by various authorities who did not like the demands of the Gospel. But he brought a renewal of the Catholic Christian faith to much of western Europe because he had embraced the grace of the call to be an exile/pilgrim for Christ.

Father Eamonn followed the example of the patron saint of the Missionary Society of St Columban in embracing his first exile from Ireland in going to Japan and his second 59 years later when leaving Japan in order to return to the land of his birth.

Please pray for all overseas missionaries and for the millions of people who have been forced from their home places by war or by economic necessity. We missionaries have been able to make a choice and accept or reject God's invitation. For far too many refugees there has been no choice.


Wales is famous for its male choirs but choral singing is not confined to men. It is part of the 'DNA' of Welsh culture. This hymn has become associated with the Welsh Rugby Union team and the video was recorded on the occasion of a game between Scotland and Wales, hence so many of the singers wearing red shirts. The Welsh language, which is much older than and not related to English, is the mother-tongue of about one fifth of the country's population of three million or so. Wales is part of the United Kingdom. Its choral tradition largely grew from Methodist chapels and from choirs started by coal-miners.