How can we get better leaders? 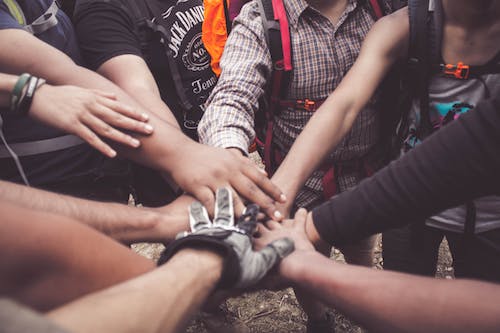 For some reason when I was reading the passage for today from 1 Corinthians, Chapter 13, a political thought popped into my head.

The passage was the one that has been proclaimed at every wedding since the turn of the century:  Love is patient, love is kind.  It is not pompous, rude or quick-tempered.  Love is not brooding, but “bears all things, believes all things, hopes all things, endures all things.”

It really is quite beautiful and I have found that prayerfully reflecting on it can be transformative.

But why did a passage such as this prompt a political thought during my morning prayer?

As citizens of this great United States, every four years when we elect our president, for some reason, we put our hopes in that person.  Whether you vote for a party or a person specifically, there is this notion that THEY will be the one to give us a utopian society.

They will fix our economic, health and social problems.  They will right the wrongs and set us on the better path we so desire.

However, it occurred to me that we are being naïve if we are still under the impression that this one person or office will transform our nation.  It is true that they can impact us as they apply their influence in specific places, but there is really only one way real change can occur.

It begins with us.  Surprisingly, I’m not talking about our powerful vote.  No, I’m talking about something much more slow-acting.

Until you and I raise up children and teach them to be morally and ethically responsible, and invest in the people of our community in real and personal ways, we will not see positive change in this nation.

Every representative and senator—from the state level to the federal government—and even the President of the United States, came from a family, in a community, that shaped their character and their way of thinking and acting.

If you really want a better tomorrow when it comes to leadership, look closer at your family, your neighborhood and the young people who are blooming in front of you.

If we want ethical and moral leaders as a nation, we need to form them now, in their youth. I would add that their sound formation begins by being faith-filled because God has shown, and continues to show us, the way.

But, at the very least, we want our future leaders to be people who have learned to be patient, kind and not pompous.  We need people to serve who understand that “Love never fails” and that without it, they are simply a “resounding gong or a clashing cymbal.”