'Sanctify your Church in every people and nation.' Sunday Reflections, Pentecost, Year B

All [the apostles] with one accord were devoting themselves to prayer, together with the women and Mary the mother of Jesus, and his brothers . . . When the day of Pentecost arrived, they were all together in one place. (Acts 1:14; 2:1).

Pentecost Sunday, at the Vigil Mass

NB: The Vigil Mass has its own prayers and readings. Those for the Mass During the Day on Sunday should not be used – though some priests seem to be unaware of this. It is incorrect to refer to this Vigil Mass as an ‘anticipated Mass’. It is a celebration proper to the evening before Pentecost Sunday and may be celebrated in an extended form. It also fulfils the Sunday obligation.

On the last day of the feast, the great day, Jesus stood up and cried out, “If anyone thirsts, let him come to me and drink. Whoever believes in me, as the Scripture has said, ‘Out of his heart will flow rivers of living water.’” Now this he said about the Spirit, whom those who believed in him were to receive, for as yet the Spirit had not been given, because Jesus was not yet glorified.

Mass During the Day, Year B

On the evening of that day, the first day of the week, the doors being locked where the disciples were for fear of the Jews, Jesus came and stood among them and said to them, “Peace be with you.” When he had said this, he showed them his hands and his side. Then the disciples were glad when they saw the Lord. Jesus said to them again, “Peace be with you. As the Father has sent me, even so I am sending you.” And when he had said this, he breathed on them and said to them, “Receive the Holy Spirit. If you forgive the sins of any, they are forgiven them; if you withhold forgiveness from any, it is withheld.” 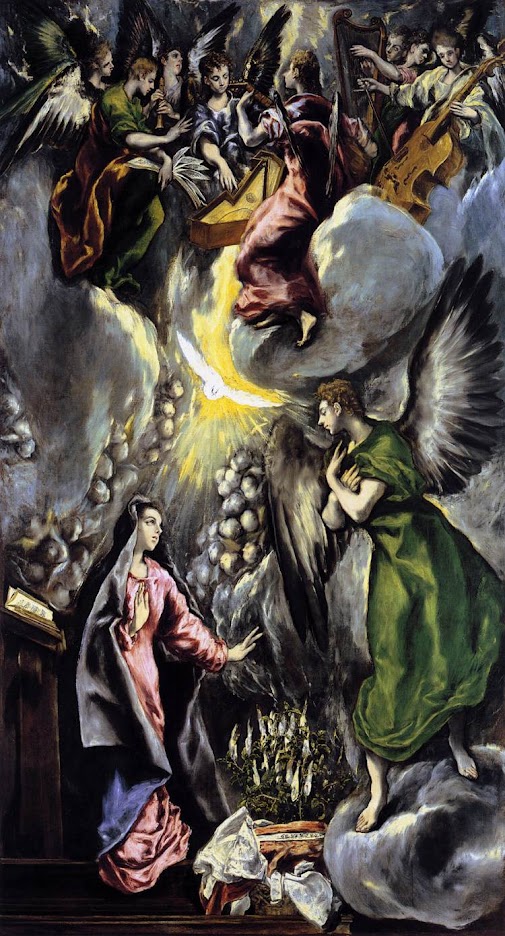 And the angel answered her, “The Holy Spirit will come upon you, and the power of the Most High will overshadow you; therefore the child to be born will be called holy—the Son of God . . .  And Mary said, “Behold, I am the servant of the Lord; let it be to me according to your word.” (Luke 1:35, 38).

Frank Duff, founder of the Legion of Mary, wrote the following in 1937 in his foreward to Mary, Mother of Divine Grace by Fr Joseph Le Rohellec CSSp, translated by Fr Stephen Rigby and Fr Denis Fahey CSSp.

Continue on Bangor to Bobbio.