'Taste and see that the Lord is good.' Sunday Reflections, 21st Sunday in Ordinary Time, Year B 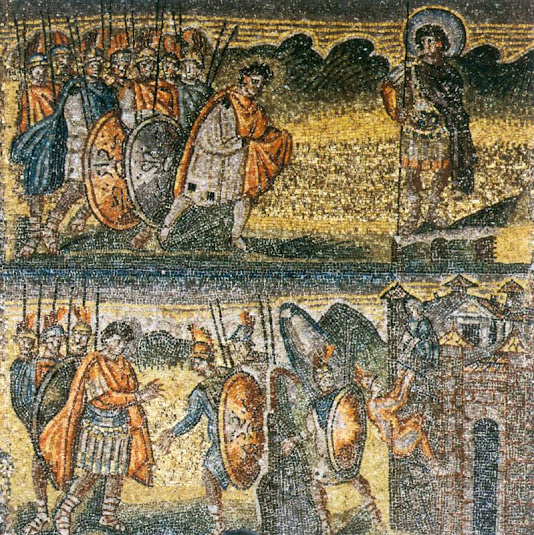 Joshua gathered all the tribes of Israel . . . “Put away the gods that your fathers served beyond the River and in Egypt, and serve the Lorð” . . . Then the people answered, “Far be it from us that we should forsake the Lord to serve other gods”. [First Reading].

When many of his disciples heard it, they said,  “This is a hard saying; who can listen to it?” But Jesus, knowing in himself that his disciples were grumbling about this, said to them, “Do you take offence at this?   Then what if you were to see the Son of Man ascending to where he was before?  It is the Spirit who gives life; the flesh is no help at all. The words that I have spoken to you are spirit and life. But there are some of you who do not believe.” (For Jesus knew from the beginning who those were who did not believe, and who it was who would betray him.) And he said, “This is why I told you that no one can come to me unless it is granted him by the Father.”

After this many of his disciples turned back and no longer walked with him.  So Jesus said to the Twelve, “Do you want to go away as well?” Simon Peter answered him, “Lord, to whom shall we go? You have the words of eternal life, and we have believed, and have come to know, that you are the Holy One of God.” 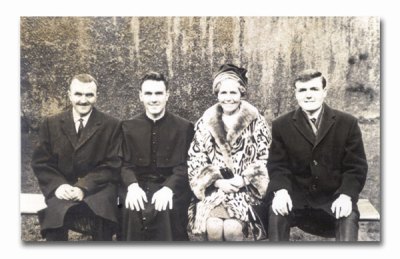 My ordination day, 20 December 1967
With my parents John and Mary and my brother, Paddy
My father, who was widowed in 1970, spent six weeks with me in the Philippines from mid-February to early April 1981. He spent most of that time in Tangub City, Misamis Occidental where I had been parish priest for a few months and from 1979 to 1981 was in charge of Paul VI Formation House, part of the seminary programme in the Diocese (now Archdiocese) of Ozamiz but serving the neighbouring dioceses also.
Continue on Bangor to Bobbio.
Blessed Fra Angelico Canto Católico Joshua Robert Frost Sunday Reflections