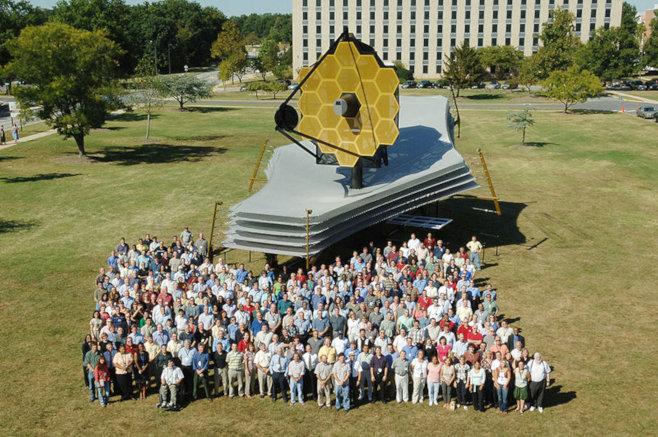 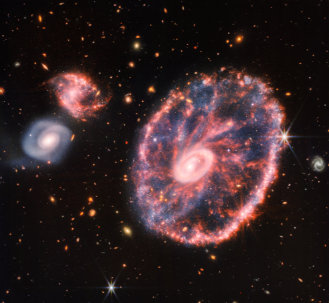 Then, after deploying its heat shields and mirrors, the JWST started sending back remarkable images.1

And, even more remarkable, it was still called the James Webb Space Telescope. I've no idea why NASA didn't admit their mistake and submit an acceptable name. Particularly when 'everybody knows' that James Webb was one of THOSE people:

The James Webb Space Telescope is still named after a NASA chief, despite protests. This week I talk about how America has changed since my youth. Except for how it hasn't.
America art getting a grip history tolerance

"The Fire of Rome," July 64 A.D., by Hubert Rober. (1785) The Pax Romana had been in progress for eight decades on July 19, A.D. 64. A fire started in a retail district near Rome's Circus Maximus. It was a windy night. The fire spread. Fast. More at A Catholic Citizen in America . The Great Fire of Rome and a public relations problem. The Roman Republic, Nero, Caligula and a golden age of Rome. Emperors, politics and nostalgia.
Read more

By Janet Cassidy - October 27, 2022
Depending on where I sit in our house, sometimes my phone will not work very well.  I end up either moving to a different place (often in the same room), or just wave my phone around in the air until the connection is made.  I know it sounds dumb, but that's what I do. Anyway, I was thinking the other day that one of the advantages of reading a book is that this is never a problem!  Doesn't matter where I sit, my book never protests! Knowing me as you do, you must know this line of thinking raises a spiritual question that I would like to pose to you right now:   "Are you situated in the best place to clearly connect to God so that you can hear him?" If not, I encourage you to consider how you might best situate yourself so that you can interact with God.  Jesus (who is God) used to go up on a mountain by himself to be with the Father.  Wherever your "mountain" is, be it a quiet room in your house, church or a bench in the woods , go there , sit
Read more

‘It is meaningless to preach at a funeral Mass if we don’t mention the resurrection of Christ.’ Sunday Reflections, 32nd Sunday in Ordinary Time, Year C

By Fr Seán Coyle - November 03, 2022
Moses with the Ten Commandments Philippe de Champaigne [ Web Gallery of Art ] Teacher, Moses wrote for us . . .  (Luke 20:28, today's Gospel) Readings   (Jerusalem Bible: Australia, England & Wales, India [optional], Ireland, New Zealand, Pakistan, Scotland, South Africa) Readings   (New American Bible: Philippines, USA) Gospel   Luke 20:27-38 [or 20:27, 34-38] ( English Standard Version Anglicised: India) There came to Jesus some Sadducees, those who deny that there is a resurrection,   [ and they asked him a question, saying, “Teacher, Moses wrote for us that if a man's brother dies, having a wife but no children, the man must take the widow and raise up offspring for his brother.   Now there were seven brothers. The first took a wife, and died without children.   And the second   and the third took her, and likewise all seven left no children and died.   Afterwards the woman also died.   In the resurrection, therefore, whose wife will the woman be? For the seven had he
Read more